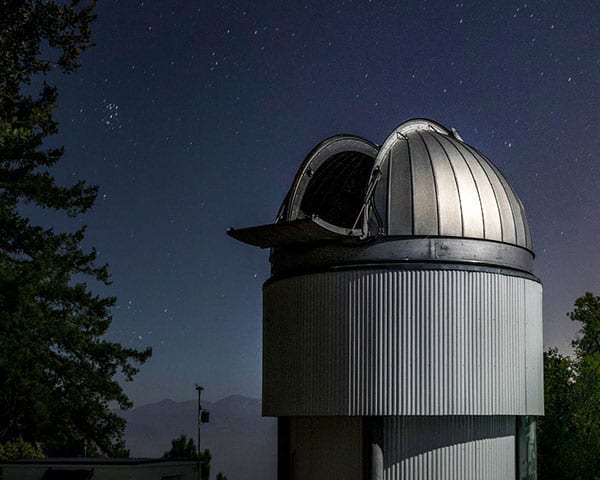 
Tuition is waived for our PhD students, who earn a stipend of $22,000-25,000 for teaching and research. Check out our cost calculator for student fees which still apply.


The average time to degree is six years

Where will I take classes?
Atlanta Campus

Astronomers at Georgia State are involved in four main areas of research:

Black Holes and Active Galaxies:  Monster black holes, with masses that are a million to a billion times more than our Sun, live at the centers of most galaxies. We specialize in observational studies of these massive compact monsters to measure their masses, study the accretion process and understand their effects on their host galaxy.

Stars and Extrasolar Planets:  Stars are the beacons of the universe, and it is around stars that planets are formed and that life may exist. Using ground and space-based facilities, we are creating the most detailed maps to date of the distances, distribution and space motions of stars nearby, and in our galaxy.  We use the Center for High Angular Resolution Astronomy (CHARA) Array to measure the properties of stars in exquisite detail and test the predictions of how stars evolve.  We are also leading searches for exoplanets around young and nearby stars.

Solar Physics:  The solar wind consists of charged particles streaming away from the surface of the Sun at high velocities. Occasionally, energetic events release million-degree plasma into space in a process called a solar flare. The solar wind and solar flares are the key influence on space weather, and ultimately space climate and Earth.  We are developing data-mining techniques to predict solar flares and solar eruptions, and developing computational models of coronal loops and magnetic reconnection. We develop simulations of the plasma flows deep inside of stars that ultimately produce their magnetic fields via the dynamo mechanism. We test theoretical models of the Sun's interior by observing oscillation of its surface, an area called helioseismology.

High Angular Resolution Imaging:  Georgia State owns and operates the CHARA Array, the world's highest resolution optical interferometer.  This facility is able to image the surfaces of stars, revealing for the first time temperature variations across their surface caused by star spots and rapid rotation.  We develop techniques for image restoration/reconstruction when observed with interferometric techniques, and for ultra high-resolution imaging done through strong turbulence in the atmosphere. 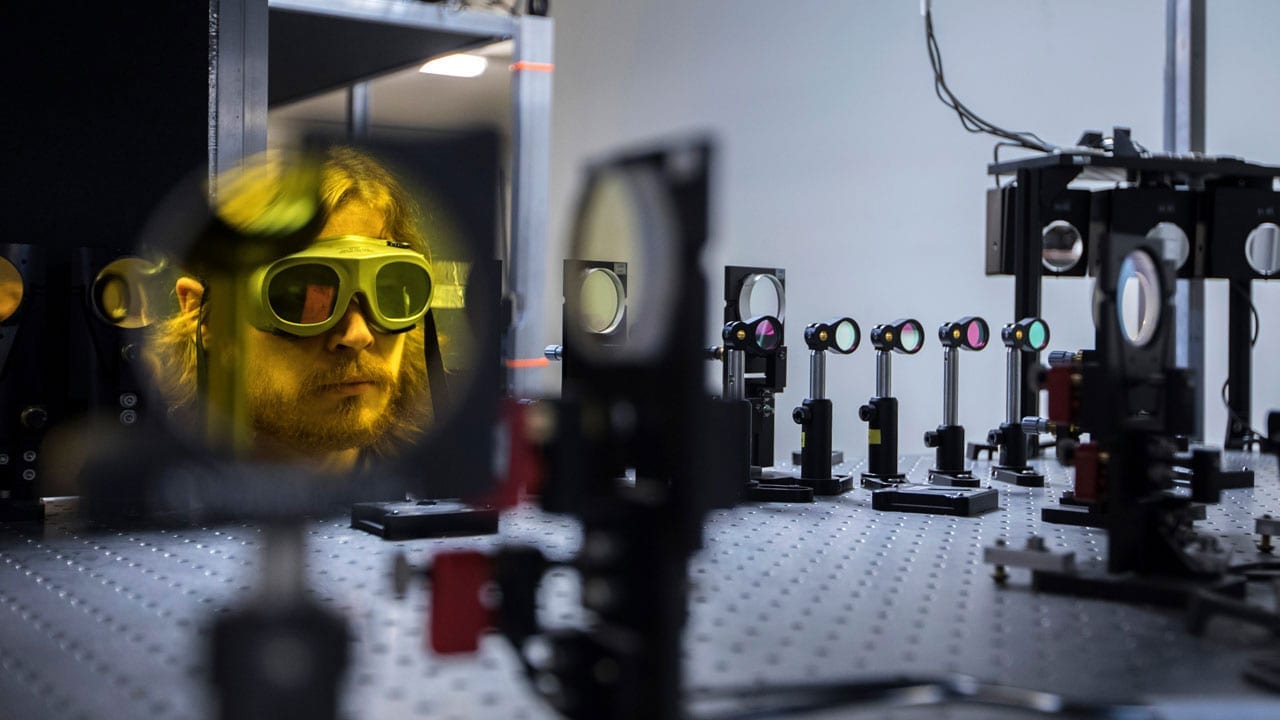 In most cases, the students who perform best in our program have demonstrated a strong record of academic coursework at the undergraduate (or master’s) degree level, have at least some research experience and letters of recommendation that confirm the student’s potential for success in astronomy research.

For more details, go to https://www.phy-astr.gsu.edu/graduate/admissions/.

Earning a Ph.D. in Astronomy at Georgia State is a challenging but exciting and rewarding experience. Your journey begins with two years of coursework that can be tuned to prepare you for your area of specialization. Along the way, you’ll gain valuable teaching experience working as an astronomy laboratory instructor. Our tiered instruction schedule and research-focused summers allow you to quickly ramp up your scientific research. A majority of our students earn their Ph.D. within six years and have a job secured prior to graduation.

Tuition is waived for students admitted to the Ph.D. program. In addition, students receive a stipend of $21,000 their first year, increased to $23,000 their second year and $25,000 their third.

Your Ph.D. is a confirmation that you can conduct scientific research independently. While you will have an adviser and thesis committee to guide you, you will become “The Expert.” This means that in addition to the academics of astronomy, you will become a skilled computer programmer with opportunities to manage big data, you will travel to observatories and/or research laboratories appropriate for your science, you will write proposals and publish papers in scientific journals as lead author and you will present research results at national and/or international conferences. You will be prepared to make an impact on the scientific world.

Our alumni work at NASA, on the faculty of research and teaching universities, and as postdoctoral researchers.