Nikita Wright’s mission: improve the odds of survival for minorities, who are often diagnosed with especially aggressive types of cancer.

Most innovative university in the U.S. – all four-year students on the Atlanta Campus take their core courses in the College of Arts & Sciences 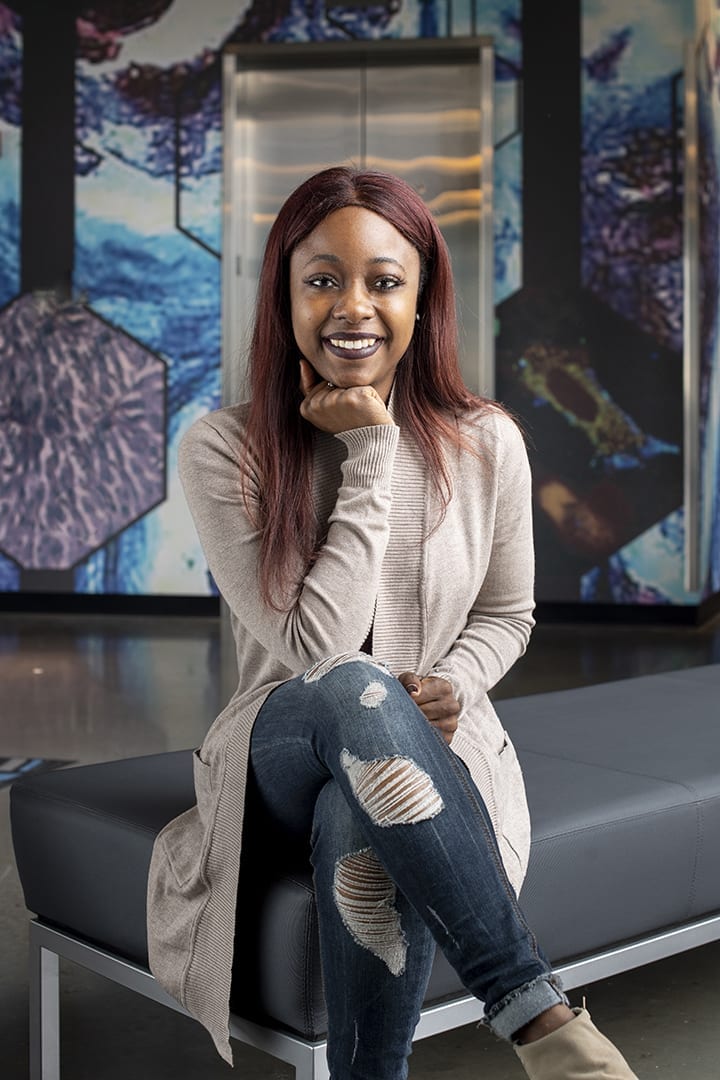 For Nikita Wright, working as a cancer researcher is a very personal matter. She lost both her grandfather and her granduncles to prostate cancer when she was just 21 years old.

Then, as a biology Ph.D. student working in the lab of Distinguished University Professor Ritu Aneja, she discovered that African-Americans suffer disproportionally from several different types of cancers, including the prostate cancer that claimed her relatives.

“That was when I connected all the dots,” says Wright, who grew up in Marietta. “That’s when I realized why my grandfather wasn’t able to receive effective treatment. The cancer was more aggressive owing to his ethnic background. So I made it my mission in life to help close the racial gap in survival.”

Wright has learned that African- Americans are more likely than European-Americans to develop aggressive cancer subtypes and have higher recurrence and mortality rates.

“It’s one of the most difficult and challenging diseases,” she says.   “People have been studying it for hundreds of years, really, and no one has been able to find a cure. It’s a very complex disease. Everyone’s cancer is different.”

In her research with Aneja, Wright studies triple-negative breast cancer, which accounts for 15-20 percent of all breast cancer. It is an aggressive form of cancer and is more likely to spread throughout the body than other types of cancer. It also lacks the three clinical markers that doctors test for in cancer patients: estrogen receptor, progesterone receptor and human epidermal growth factor receptor 2 (HER2). Treatments developed for cancers that test positive for any of those three markers will not work on triple-negative breast cancers, she says.

“They lack these markers, so patients are not able to receive hormone-based and HER2-systemic therapy treatment, and they are not able to live as long,” she says. “So, they usually have to undergo chemotherapy, which is very toxic to healthy cells and is not always 100 percent effective at eliminating all cancer cells.”

Wright’s research examines the way the body attacks tumors by producing lymphocytes (a type of white blood cell) to target and kill the cancer cells. By focusing on the body’s tiny, naturally produced anti-cancer warriors, she hopes to advance the understanding of the disease and move a little closer to finding a cure for people with this aggressive form of cancer.

During her doctoral studies, Wright published extensively on her research findings and was the lead author on several papers featured in academic journals. She recently presented her research on the science of cancer health disparities in racial/ethnic minorities and the medically underserved at the annual conference of the American Association of Cancer Research.

“It’s very exciting to be able to do all of this as a Ph.D. student,” she says.

“It’s so great to feel like I’ve been able to make an impact on cancer research during the early stages of my career. This is a dream come true for me to be able to help save lives.”

“It’s so great to feel like I’ve been able to make an impact on cancer research during the early stages of my career. This is a dream come true for me to be able to help save lives.” 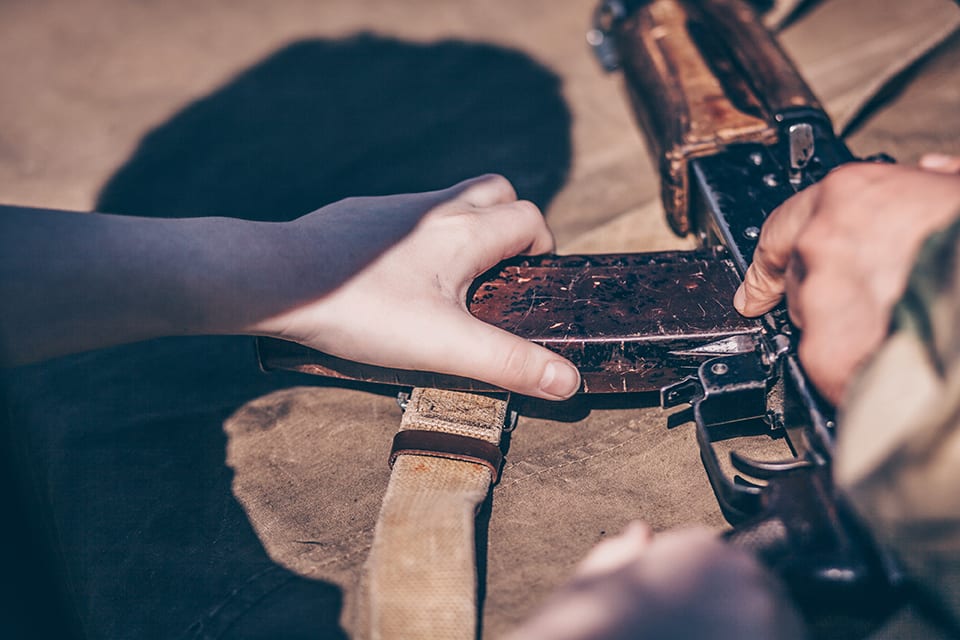 This unique team of scholars is researching the causes of extremist violence and the tactics terrorists use, while searching for solutions to make the world safer for everyone. 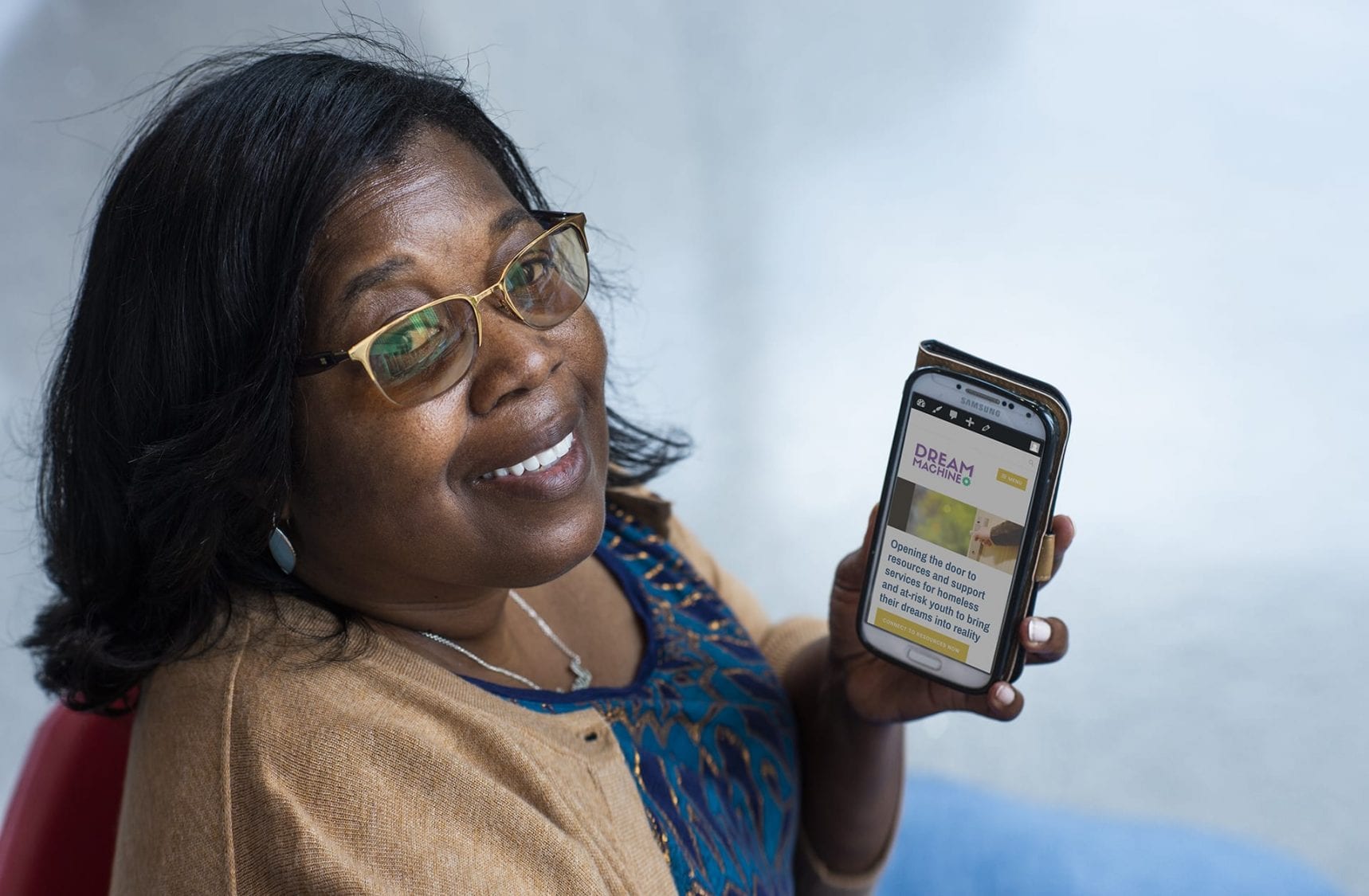 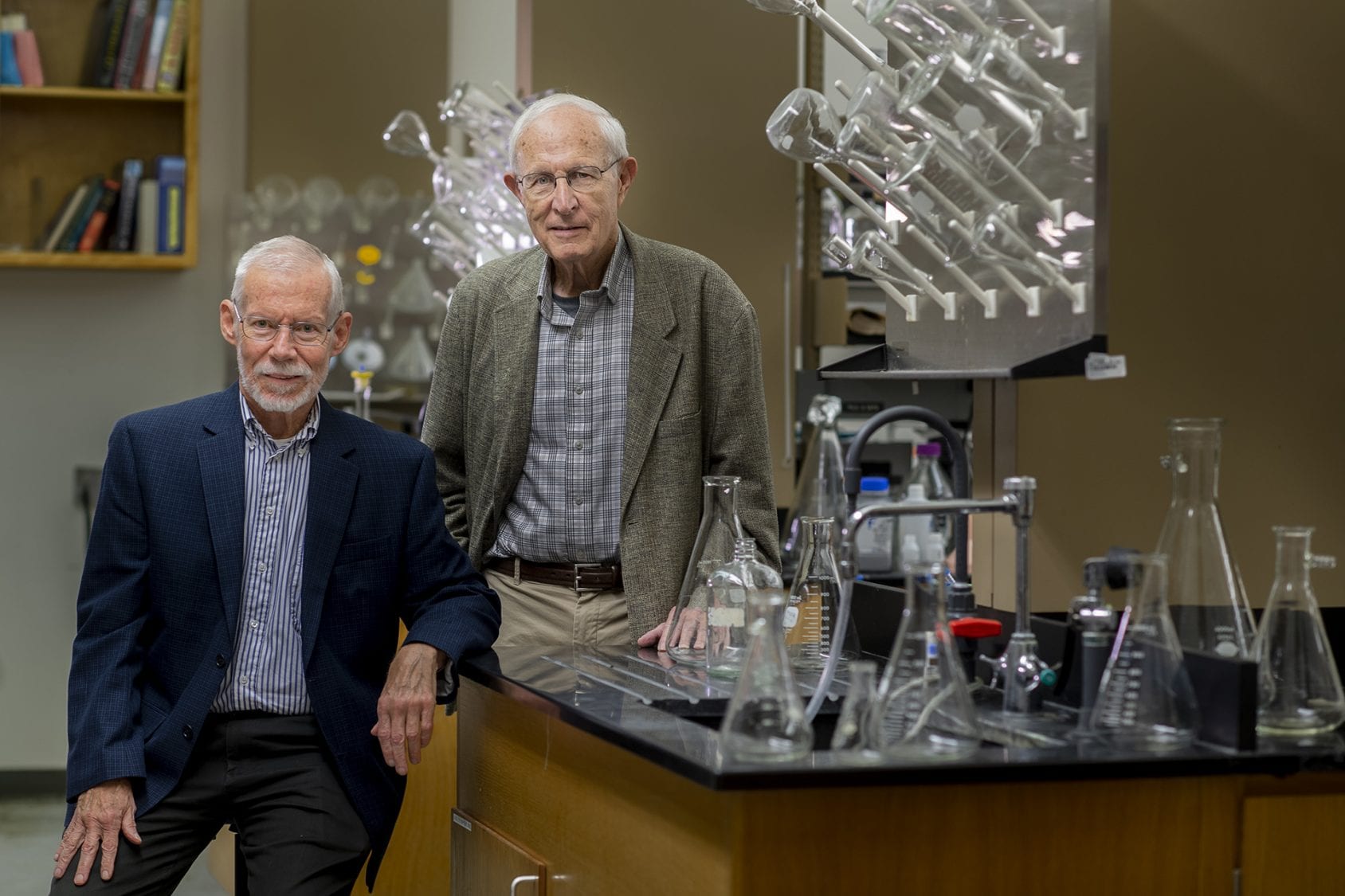 RESEARCH
For 30 years, two chemistry professors have worked to build molecules that can combat disease.

GIVING
The Come Back, Pounce Forward program is giving Christopher See and others a second chance to earn a degree.