WHERE DATA AND HEALTHCARE MEET

More than one in six Medicare recipients who go to the hospital will return for another stay within 30 days of discharge. Return stays typically last longer and cost more than initial stays, but they don’t result in better health. Getting readmitted to the hospital is the last thing a patient wants to do after returning home, and it’s also a worst-case scenario for hospitals and insurers.

These repeat customers cost the health system a mint. Thirty-day readmissions cost Medicare alone a whopping $17 billion a year, and that doesn’t even count the expenses passed on to other payers. Privately insured people land back in the hospital at a rate of about one in 12. Around one in eight Medicaid recipients and uninsured people return within a month of discharge.

“Those costs are borne by all of us,” says James Cox, the Andrew Young School’s Noah Langdale Jr. Chair in Economics and director of the Experimental Economics Center (ExCEN). “Patients will bear some of them directly, and the hospitals will bear a lot of them. And ultimately, if the hospitals are not to go bankrupt, those excess costs have to be passed on to Medicare and the insurance companies — and thus to taxpayers and people buying health insurance.”

Many readmissions could be avoided if patients were kept in the hospital long enough the first time. Of course, keeping everyone longer would raise costs in the short run while discharging them too soon comes with serious risks, ranging from higher costs and worse health to death. The key is to discharge each patient at just the right time.

Cox, who studies financial decisions made under conditions of risk, has taken a special interest in the complex decision physicians must make when they send a patient home. In collaboration with John Sweeney, chief of surgery at the Emory University School of Medicine, Cox and his team are developing a tool that uses artificial intelligence (AI) and machine learning to predict patients’ risk of readmission before they’re sent home.

“We want to create a health product that can help surgeons make better choices about when to discharge patients. Our goal is that, on average, hospitals keep patients for fewer days and lower their readmission rates because they’re making better decisions for them,” Cox says. “It’s a type of information technology that has never existed before.”

Doctors make hundreds of decisions every day for the patients in their care. Most of those decisions — tests to order, drugs and dosages to prescribe, operations to perform or avoid — are based on objective information, such as vital signs, blood work and past medical history.

“The decision to discharge a patient is more subjective, however,” Sweeney says. “Of course, we have a lot of data available to us, but a big part of what we do is based on personal experience.”

Experience, of course, cannot be taught easily, and medical students get little formal instruction on how to make this particular medical decision.

“You just kind of learn how to do it when you rotate through,” Sweeney says. “You learn from watching the people above you.”

At Risk for Readmission

However daunting the task, Cox and associate professor Vjollca Sadiraj, ExCEN’s associate director, set out to teach a machine to make the decision that humans can only determine through subjective experience. But first, they had to learn what factors might predict a patient’s readmission to the hospital.

“No one understood what was causing these excess readmissions aside from the fact that doctors were discharging patients earlier in response to Medicare and insurance policies,” Cox says.

Cox, Sweeney and their colleagues at Georgia State and Emory gathered data on 1,442 patients who were discharged from the hospital after general surgery between 2009 and 2011. About one in nine of the patients returned to the hospital within a month of their initial discharge. Using statistical analysis, the team isolated the factors most commonly associated with readmission. The highest readmission rates were among patients who had their pancreas removed, all or part of their colon removed, or all or part of their liver removed. The most common reasons for readmission were gastrointestinal problems, surgical infection, malnutrition and general postoperative complications.

The findings were eye-opening even to doctors who have been working with patients in these circumstances for years.

“The risk for readmission is way higher than the risk for a wound infection or a heart attack,” Sweeney says, “but we spend all this time telling patients about those risks and not about getting readmitted.”

Cox combined this information with observations of Emory doctors’ decision-making processes — for example, which sections of the electronic medical record they review to make discharge decisions — to create the first version of his team’s clinical decision support software.

The software uses a type of AI called “random forest classification” to identify about 50 critical variables in a patient’s medical record, which it can compare with records of doctors’ decisions. At any time during a hospital stay, AI can predict the patient’s likelihood of readmission after discharge as well as the likelihood a doctor would keep him or her in the hospital.

Cox enlisted graduate students at Georgia Tech to design the software’s user interface, which he says is “critical for acceptance of the program.” Medical students and residents at Emory then tested the application.

“Students and young doctors will be more willing to entertain the recommendations and information the software provides,” says Sweeney. “You get an old bull like me, and I figure I already know it all.”

Of course, the objective isn’t to automate subjective qualities like experience and judgment. But, even “old bulls” can learn new tricks.

“Some doctors may think of each patient as entirely unique,” Sweeney says. “But Jim Cox, as an economist, points out that each patient you see is one of thousands of people Emory Healthcare has taken care of, and many of them have some similar characteristics. If you use the data thoughtfully, you will find patterns that could help inform your decisions regarding these patients. He’s right about that.”

Eventually, Cox hopes the clinical decision support software will be available to help inform doctors’ decisions about their patients. Cox and his team recently applied for a grant from the Agency for Healthcare Research and Quality in the U.S. Department of Health & Human Services. The grant will allow them to develop and pilot the beta version of the software with Emory surgeons.

“After that, we’ll be ready to apply for funding to do a full-blown clinical trial,” Cox says.

In its finalized form, the clinical decision support software could be available to doctors on desktop computers and on tablets at patients’ bedsides. Doctors would have a readmission risk goal in mind. For example, they might plan to keep a patient in the hospital until their risk of readmission drops below 15 percent. The software would then give the doctor real-time updates on the patient’s risk as new information is put into the medical record. 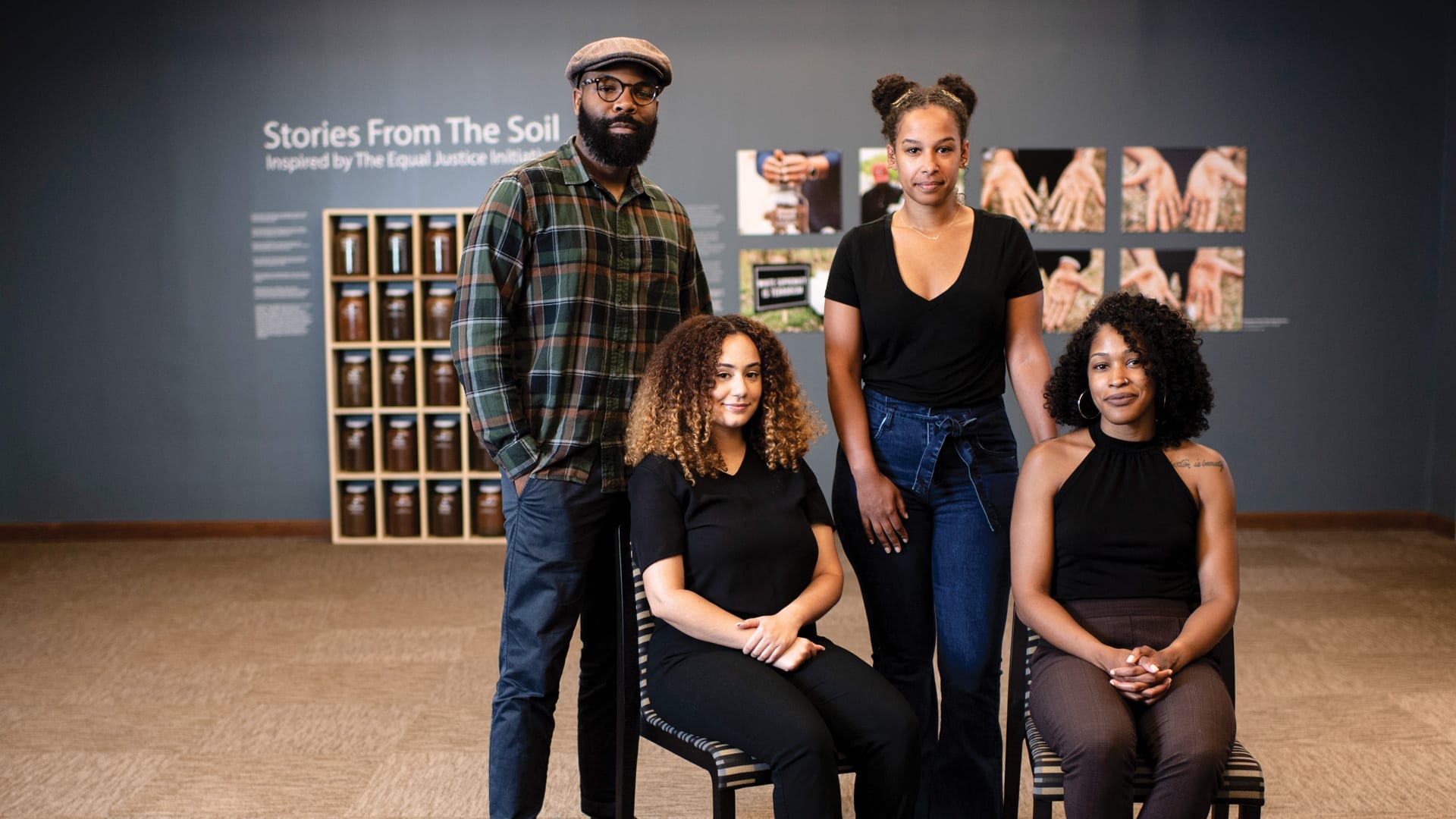 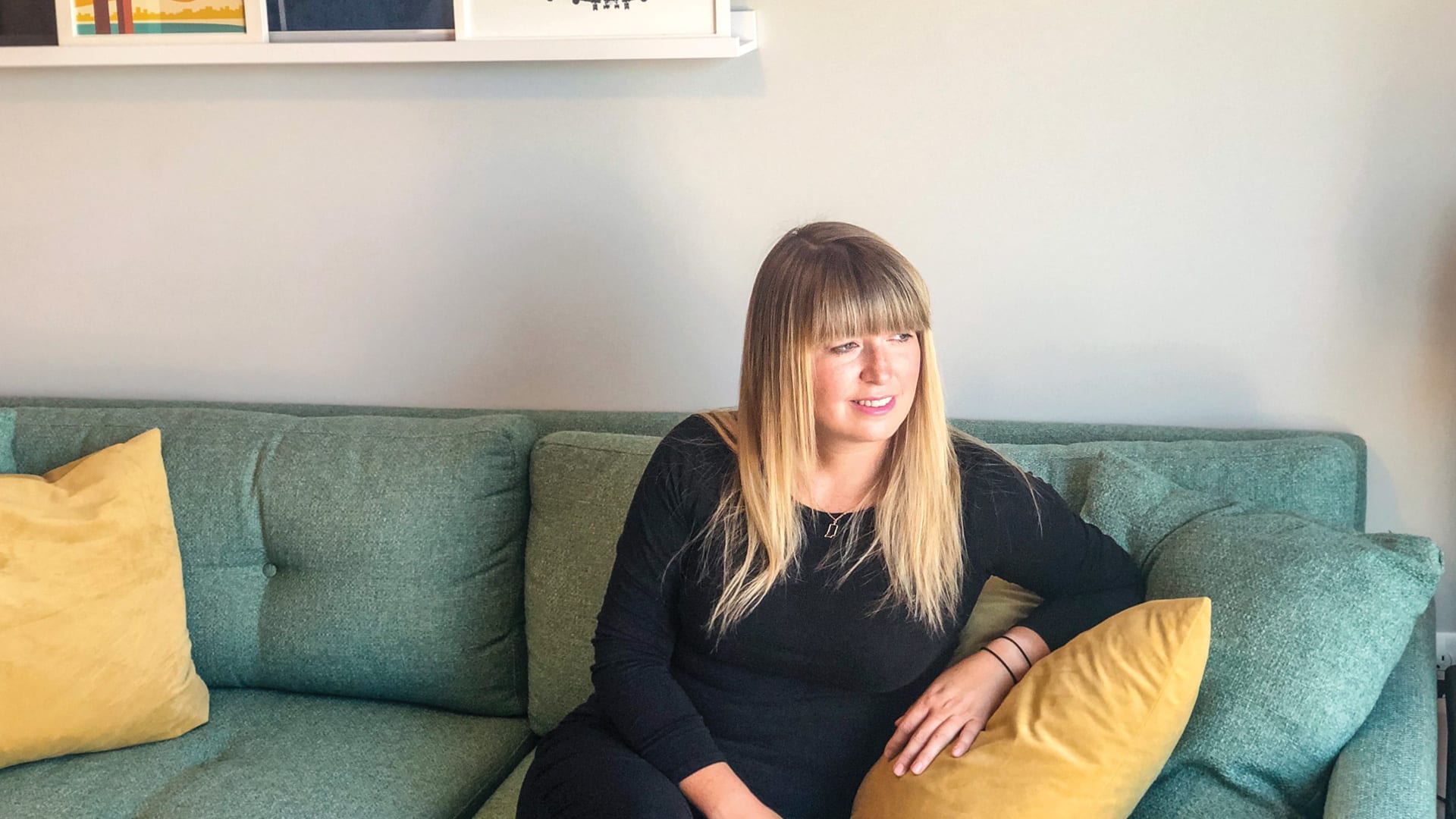 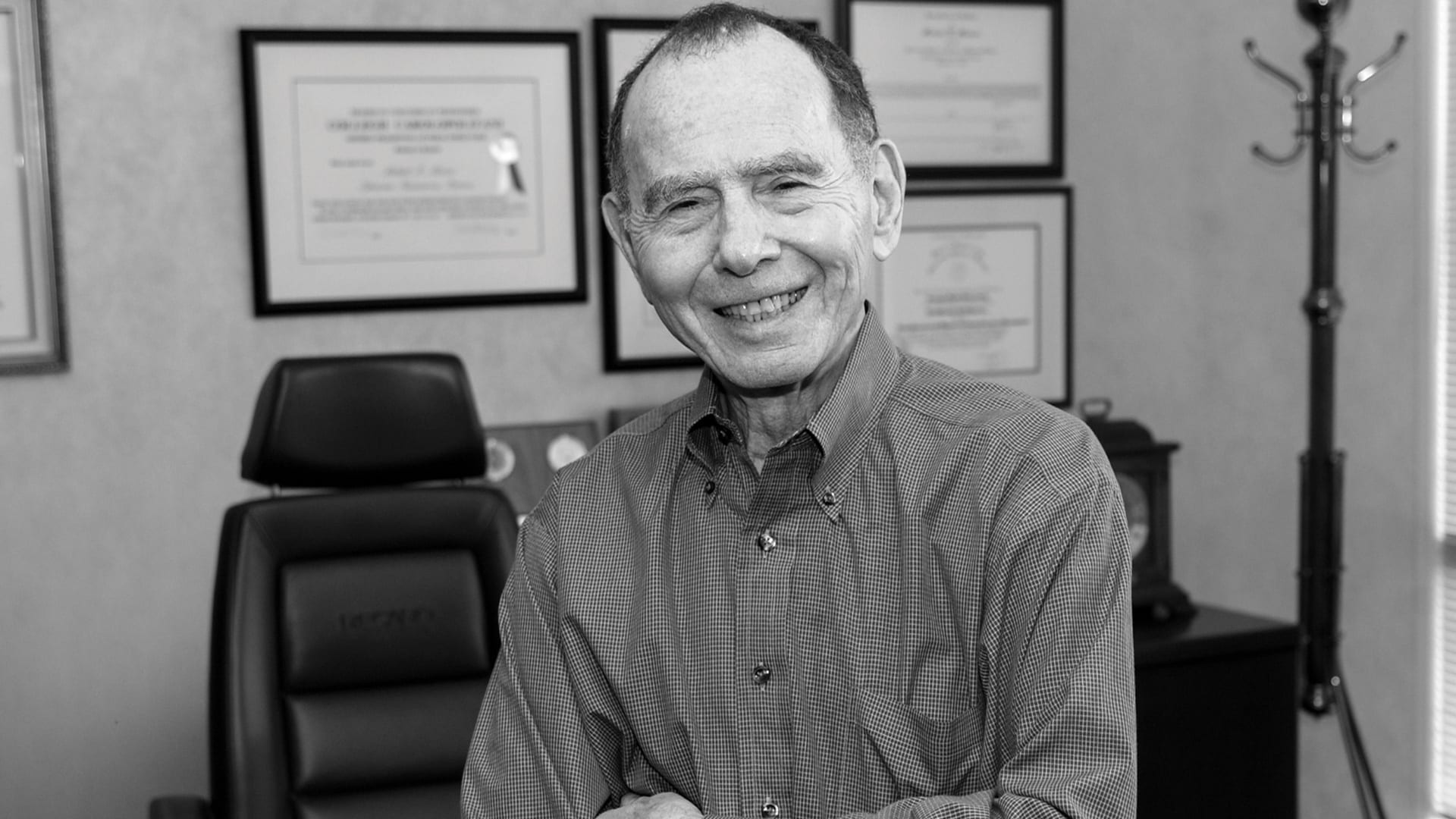 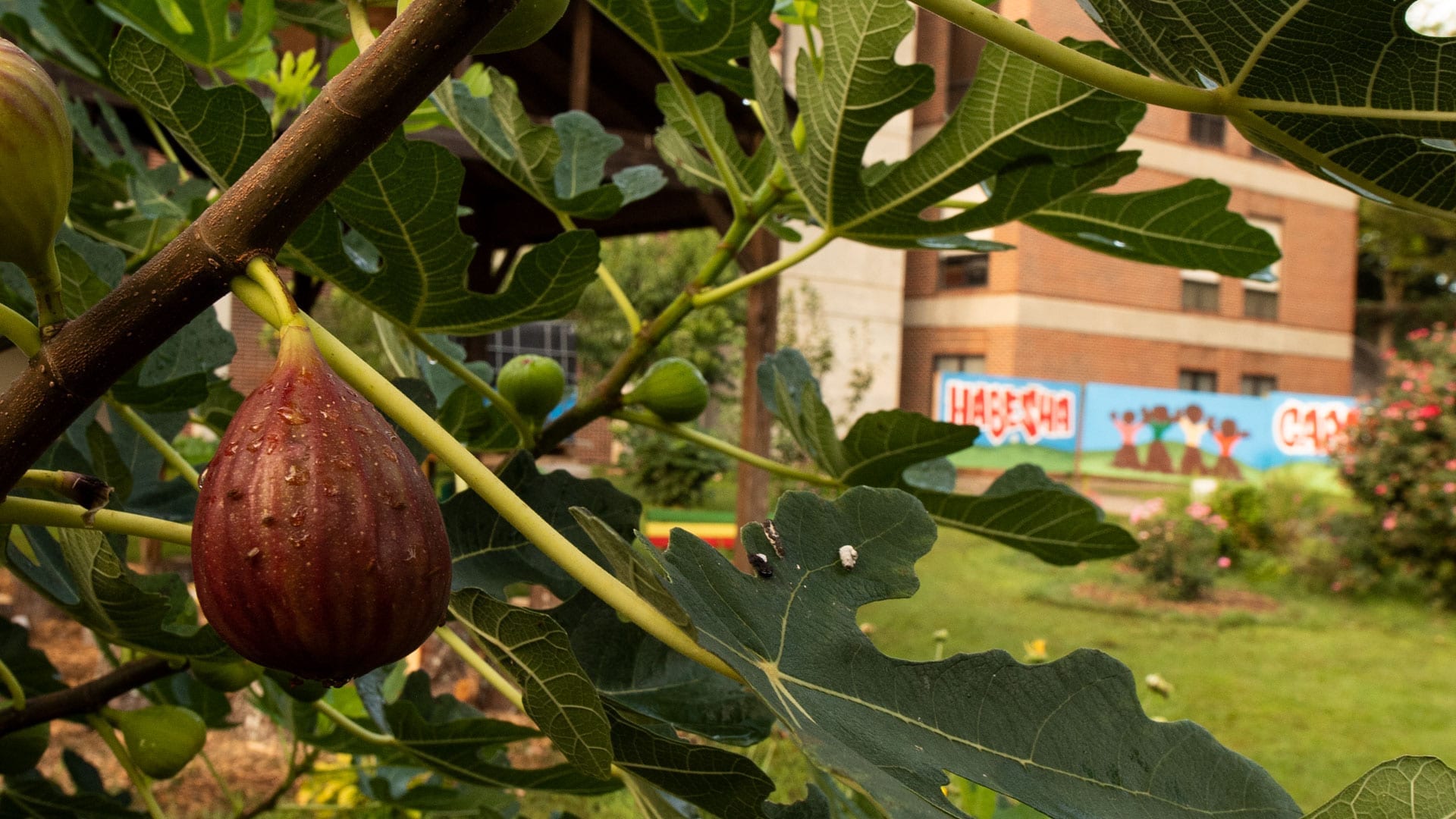